As far as history goes, first one was created in 1922 in Jena, Germany, as a surface for Zeiss Planetarium projector. Some time later, R. Buckminster Fuller developed its idea and patented the structure. Since then, geodesic domes settled in really well and they are not going anywhere…

When Walther Bauersfeld first designed and erected a geodesic dome for Carl Zeiss optics company after WWI, he couldn’t have predicted how great his invention really was. In any case, all honours went to R. Buckminster Fuller or Bucky, as he liked to be called. This American architect and engineer later popularized the construction of geodesic domes and moved into one with his wife, living happily ever after.

Bucky firmly believed the geodesic dome was nature’s perfect structure. Why so? Simply by enclosing the greatest space with the least amount of material. While remaining in tune with the environment, the dome supports itself without needing any internal columns or walls. The open space it creates gives limitless possibilities of use.

Take a look at a geodesic dome and you will see that it resembles a sphere cut in half or a hemisphere. Take another look, and you will discover that it is composed of a network of triangles. These triangular supports remain in a state of permanent tension, making the structure almost indestructible (we will get back to this subject later). Nowadays, one such dome of 110 square meters can be constructed by 4-6 people in less than a day, while smaller ones are assembled in a matter of hours. Although build-wise, we can never achieve a perfect sphere, we can get really close to it, and geodesic domes are close-to-ideal fractions of such sphere. 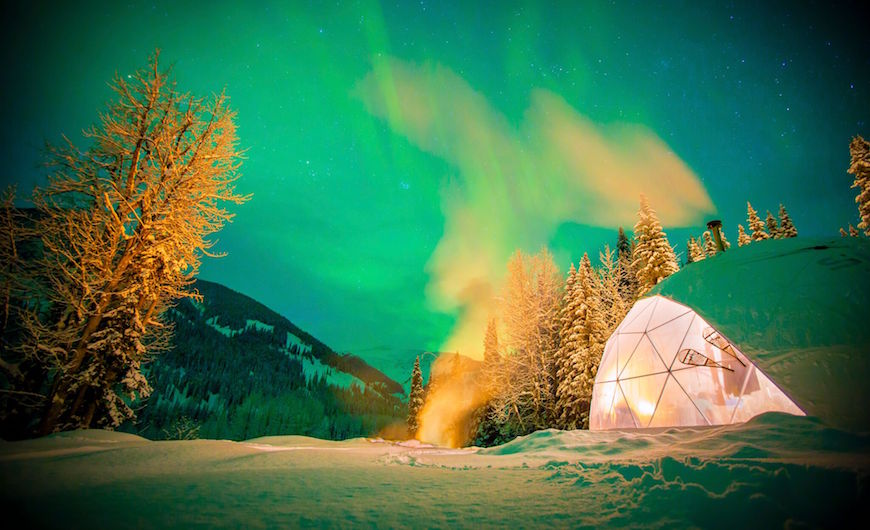 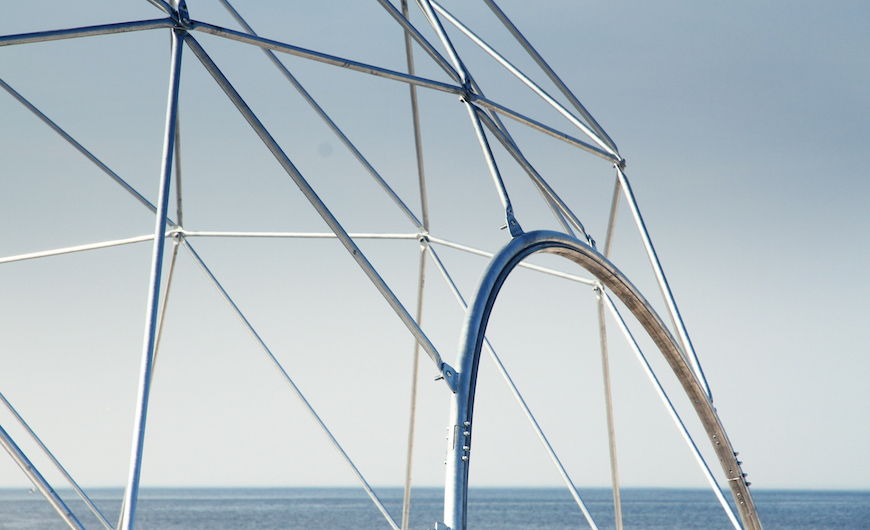 If you were to create two structures of similar size, one in a rectangle and one in a dome shape, the second one would have 30% less surface area. Which means what exactly? You would need 1/3 less material to build it (and it would still be stronger than a rectilinear structure). This also means that you would save money on your heating and cooling bills due to a smaller area to heat and cool!

Geodesic domes fascinate people in various ways, major one being their amazing durability. They combine the strong arch shape with triangle, the strongest geometrical shape known to man. What comes out of such pairing is an extremely strong structure capable of performing well under massive loads. Due to their fixed sides, triangles that form the framework of a dome transfer force more evenly through their sides than other shapes. Geodesic domes are even said to have withstood fires and earthquakes better than rectangle-based structures.

Let’s get back to the world’s oldest planetarium for a moment (and the first geodesic dome). Bauersfeld’s construction for Zeiss factory needed to be exceptionally lightweight — the dome was to be placed on the rooftop. It also had to be big enough to fit in a large number of viewers, rounded enough to provide a good surface for cosmic projection, and strong enough to withstand a tornado. And it did just that, since domes weigh less than their component materials. The air mass accumulates inside them and forces are spread evenly on their surface. 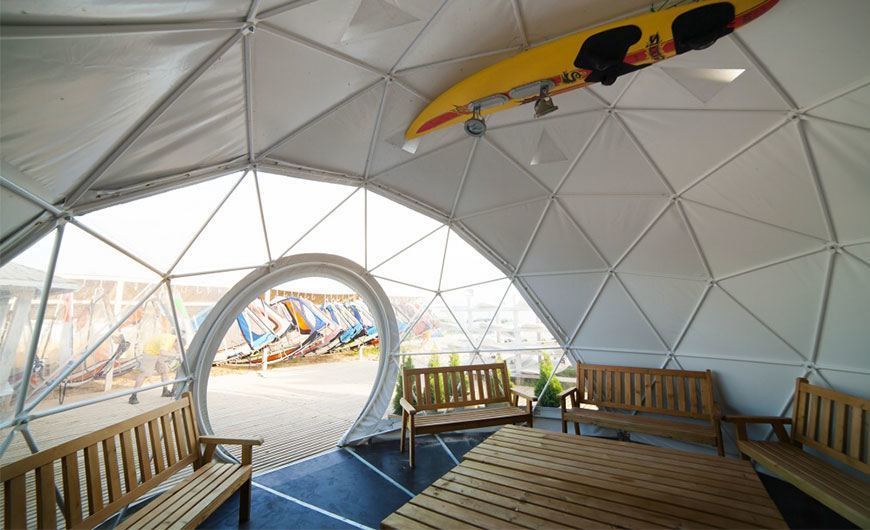 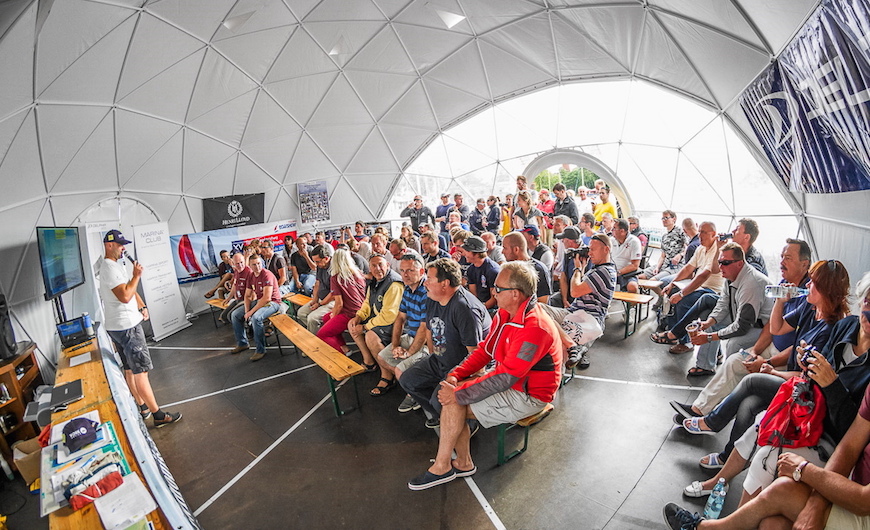 In the light of tangible effects of global warming, governments come up with more and more stringent laws to enforce the lowest possible environmental footprint of any kind of venture. Domes are a great solution. Their construction engineers go to great lengths to ensure dome designs leave no space for eco-mistakes.

Domes hence follow the principles of eco-conscious design and are based on the idea of protecting Earth’s finite resources. The aim is to optimize their use without disrupting natural processes of the planet. Domes are energy-efficient, made from recyclable materials and they don’t require the use of foundation – all this to preserve the natural balance. They seamlessly connect architecture to ecology and environment, thus forming a perfect example of sustainable design working for humanity.

Small ecological footprint is not all. Some would agree that it’s all about appearances. Geodesic dome is definitely eye-catching in any latitude. It stands out from the crowd of standard forms of shelter, combining smart design with functionality. Not to sound hollow here, we have counted the most popular dome applications. It turns out that people use a geodesic dome for at least 50 different reasons (!), sometimes to an amazing effect. Among these we have glamping tents, outdoor hotel rooms, backyard greenhouses, winter gardens, outdoor classrooms and cafeterias. An infographic covering this is already underway! 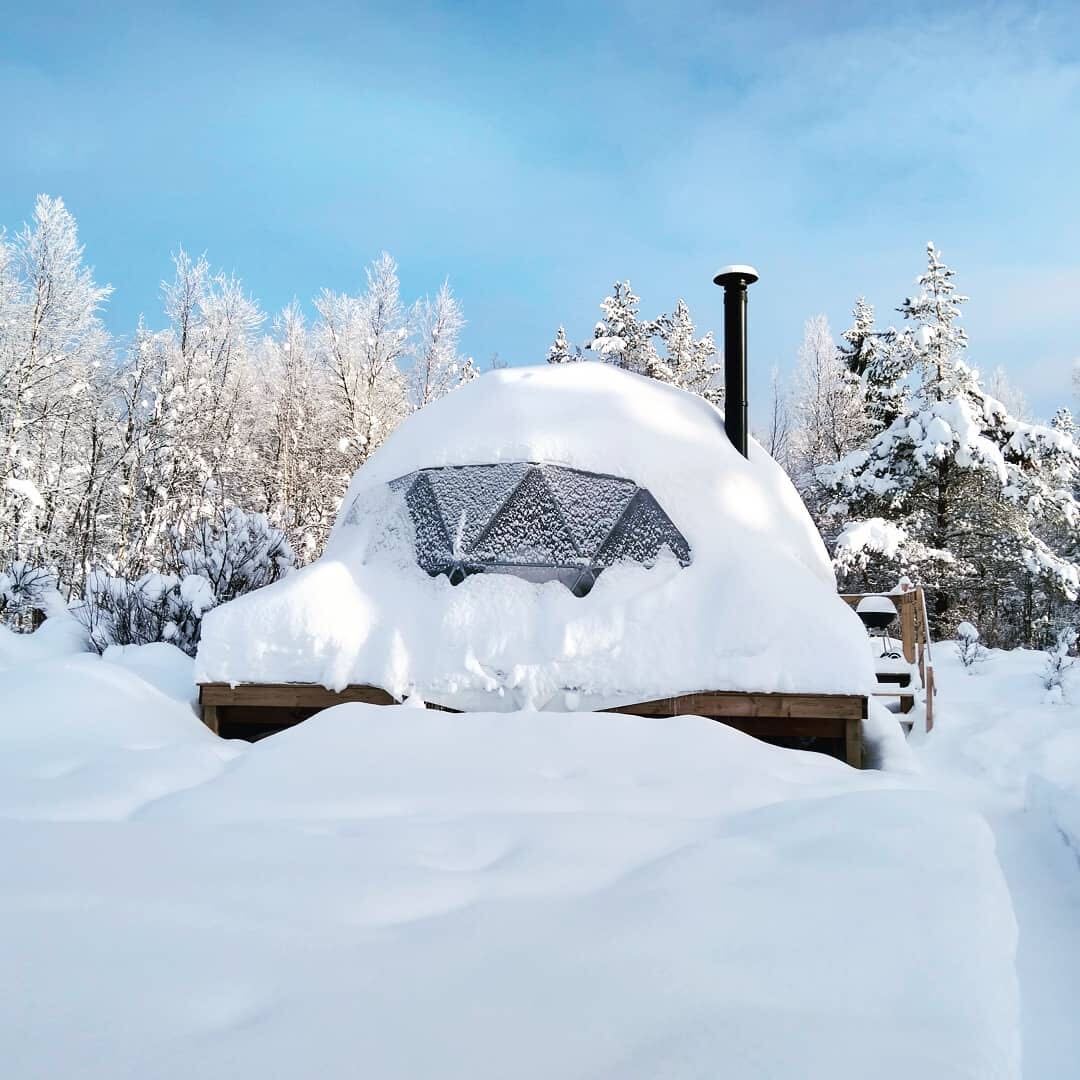